A united federation of seven principalities, Abu Dhabi, Ajman, Dubai, Fujairah, Ras al-Khaimah, Sharjah and Umm al-Quwain the United Arab Emirates has been rapidly developing within the last few decades and has continued to become one of the richest and most influential nations in the world. Each emirate is governed by an Emir who inherits the position from his parents and has been exporting oil since 1962 to generate incredible amounts of revenue and wealth. On its east border is Oman and on its south, Saudi Arabia. It also shares sea borders with Qatar, Iran and Pakistan.

Due to the findings of primitive hand-axes, scrapers and perforators being found and dated in the Jebel Faya archaeological site in Sharjah, UAE, it is believed that modern humans lived in the region as early as 120,000 BC but little is known about their culture or lifestyle. Dating back as early at 5500 BC, the UAE is known to have been inhabited by various tribes and some of the earliest settlements have been found in Umm Al Quwain. Due to the strong Hellenistic traits observed in the building structures, it’s believed that the inhabitants of these settlements may have spread from Greece.

Various tribes began trading Copper from the Hajar Mountains around 3000 BC with the nearby regions including large civilizations such as Mesopotamia. Human settlements in Sharjah city have been found and dated back as far as the 3rd Millennia BC. Additionally, Umm an-Nar, a bronze age culture existing from 2600 BC left circular tombs with many well fitted stones in the outer wall and are believed to have originated on the Island of the same name just off of the coast of Milh (meaning salt), or modern day Abu Dhabi (meaning Father of Deer). Their presence spread as far as Julfar, or modern day Ras al-Khaimah, where similar tombs have been found. Around the same time, many settlements appeared around the foot of the mountain of Hafeet.

In Dubai, cattle-herding nomads began to use the area and date palms began to be grown agriculturally in 2500 BC. It’s believed that the herders were members of the pre-Islamic Arabian tribe Azd, the Majan civilization, or at least worshippers of Bajir and were the main traders of Copper in the region.

Around 1000 BC the Camel started becoming domesticated much more commonly and by the 1st Century AD, caravans had become commonplace between Syria and Iraq. It was also common for merchants to trade their wares, mainly Pearls, between Omana (Umm al-Qaiwain) and India via sea routes. This trade attracted attention quickly and drew in merchants from as far away as China.

In the 3rd Century, Dubai came under control of the Sassanian Empire, the last pre-Islamic Iranian Empire in the region. Following 630 AD, Umayyad envoys of the Islamic prophet Muhammad began to appear and battle swept across the region as it was radically converted to Islam. This powerful movement spread as far across the nation as Sassanian Iran and the staging post used for this particular invasion, Julfar, became an incredible wealthy port thanks to the Pearl trade running between it, India and Sindh in Pakistan.

The Umayyads developed Dubai vastly following the conversion, opening up trade routes supported by pearl diving and fishing to a range of regions all across the Middle East and Asia. During the 8th and 9th Centuries, Ras al-Khaimah was inhabited by the Azd, believed to be one of the last pre-Islamic tribes in the region.

At the start of the 16th Century the Portuguese war machine was in full throttle and through their campaign they were able to control the entire Indian Ocean for over 150 years, allowing them to run a monopoly on trade through the region in effect, specializing particularly in spices. Following this in the late 16th Century the Ottoman Empire began to rule the region but pirating continued despite the presence of British and Omani navies patrolling the waters.

Near the end of the 16th Century the Portuguese had begun to suffer due to the efforts of the East India Company and the Safavids who wished to push them out of the region after being defeated at their bases in Bahrain in 1602, Bandar Abbas 1615 and Ras al-Khaimah in 1620, however to this day the ruins of their forts continue to exist. It was in 1727 that the Al Qasimi Clan took control of Sharjah and declared it independent.

Soon after in the 18th Century, the first and second Saudi States were formed. However the first state collapsed in 1818 following the end of the Ottoman-Saudi War. Due to disputes in many areas, soon pirating had become a huge problem, the British actually began to call it the ‘Pirate Coast’ and Raiders begun to harass the shipping groups incessantly. It was also at this time that the Al-‘Ajman tribe migrated into modern day Ajman and founded the emirate of the same name.

In the end, the Sheikhs, leaders of the areas, agreed not to engage in hostilities at sea following a treaty in 1820, but it wasn’t until 1835 that the raids ceased completely. In 1853, the UK and the Trucial Sheikhdoms fostered closer bonds in a new treaty where they would not dispose of any territory except to the UK, in return the UK agreed to protect the Sheikhdoms against any aggression by both land and sea.

The pearling industry had continued to thrive due to the relative calmness of the sea regions and it soon became a dominant economic resource in the region. However, the 1st World War had a dramatic negative impact on the pearl fisheries. This, followed by the Great Depression in the 1920s and 1930s, alongside the Japanese invention of the cultured pearl, wiped the industry out completely. The remnants were completely erased by the new Government of India which set in place heavy taxes on any pearls imported from any Arab state.

In the 50’s, Abu Dhabi disputed a border with Oman over the Buraimi Oasis and with the UK’s backing, the two sides entered a standstill, to this day the border has yet to be ratified. In 1952 at this time that Fujairah became independent of its previously joined nation, Sharjah.

Beginning in the 60’s, the first oil companies began to export crude oil from Abu Dhabi in 1962 and through the revenue the ruler of Abu Dhabi, Sheikh Zayed bin Sultan al Nahyan began undertaking massive developments in the area, building hospitals, roads, housing and schools. Dubai followed suit in 1969 and Sheikh Rashid bin Saeed Al Maktoum, Dubai’s ruler, began to also reconstruct the area. The Sheikhs of the emirates then decided to form a council capable of coordinating all matters concerning the region’s development and aptly named it the Trucial States Council.

Through the rapid development of the Emirates, the British government decided that it was incapable of now defending the emirates, despite talks between the parties, in the end the UK pulled its forces out of the region and by the 70’s, the Trucial States Council was called to form a united nation named the United Arab Emirates. Out of the five states, four joined into the nation. Ras al-Khaimah joined shortly thereafter in 1972.

In 1991 the Al Dhafra Air Base located outside of Abu Dhabi supported Allied operations during the Persian Gulf War and Operation Northern Watch. In 1994 the UAE signed a military defence agreement with the United States and later on it signed another one with France in 1995.

Following the 9/11 terrorist attacks on the United States, the UAE was recognized as one of the main financial centres used by Al-Queda and any accounts suspected of being used by terrorist groups were frozen under the UAE’s full cooperation with the US and UK. Following this, the nation supported the US and associated nations’ military operations during the invasion of Afghanistan in 2001 and Iraq in 2003 as well as a whole host of others.

In 2004 the UAE’s first president passed away and his eldest son, Sheikh Khalifa bin Zayed Al Nahyan became the ruler of Abu Dhabi and, in accordance with the constitution, was elected as president by the UAE’s supreme council of rulers. In 2006, Sheikh Maktoum bin Rashid Al Maktoum, the prime minister of the UAE and ruler of Dubai passed away and the Crown Prince, Sheikh Mohammed bin Rashid Al Maktoum, inherited both roles.

Following a wave of government over-throwing sweeping across the Middle East in 2011, also known as the Arab Spring, the UAE saw very little activity in this way but did face the case of five pro-democracy activists charged with insulting the President, Vice President and a Crown Prince. Through the efforts of a variety of human rights groups the five men were pardoned without comment by the President less than a day after being given two to three year prison sentences. 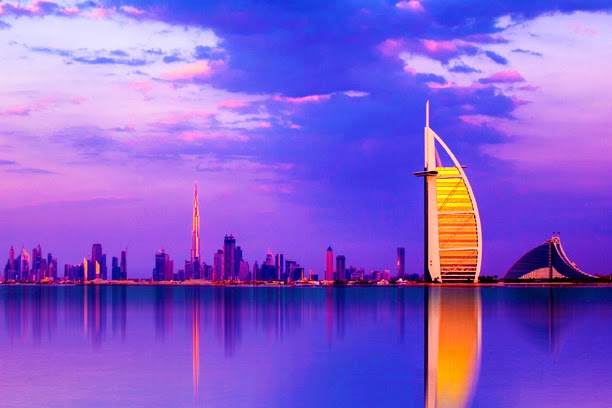