The most prominent religion in Kenya is Christianity which makes up around 82% of the population, around 47% of the population is specifically the Protestant sect and a further 23% is Catholic, the remaining 12% is divided somewhat equally among Presbyterians, Baptists, Methodists, Reformed, Lutherans, the Anglican Church of Kenya, Pentecostal, New Apostolic Church, Eastern Orthodox Church, Jehovah’s Witnesses, Seventh-Day Adventist Church, Branhamism, the United Pentecostal Church International and the Church of Jesus Christ of Latter-day Saints.

Kenya’s Architectural history is limited with mainly colonial-era buildings and modern buildings remaining. However, in some places various parts of Arabic culture exist, especially in many of the country’s Mosques. Likewise, some small parts of Gothic styles exist in some of the country’s Churches. Indigenous structures typically include small mud-huts with thatched roofing, sometimes covering the whole house.

With over 42 different ethnic communities, each with its own traditional wear and symbolism, Kenya’s clothing is extremely diverse and may also contain influences from Arabic, European and even Asian cultures. However, several clothing pieces have become more prominent as of recent decades; these include the Kitenge (a piece of embroidered and tie-dyed cloth used to carry children or as a headscarf) and the Kanga (a piece of cloth with a print on it used as a body wrap). 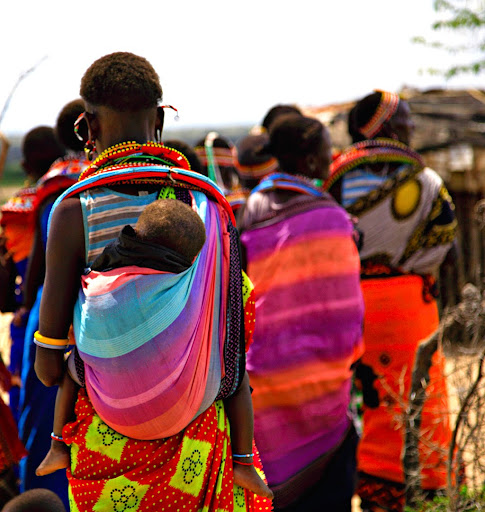 Kenya’s music features a great deal of diversity with Benga, Afro-Fusion, Indigenous music, Folk songs and world hits commonly playing on Kenyan TV and Radio. These variants tend to have two distinctive types, Swahili and Congolese, which are often then combined further with modern pop and rock genres.
Popular artists in the country include Fadhili Williams, Them Mushrooms, Nameless, Necessary Noize, Kleptomaniax, Suzzanna Owiyo and Eric Wainaina. These artists frequently have their music featured on channels such as Channel O and MTV Base.

Starting on New Year’s Day, the first public holiday is celebrated, followed by Good Friday, Easter Sunday and Easter Monday which can be celebrated any time between the end of March and the middle of April. On May 1st, another public holiday, Labour Day, is announced, followed by Madaraka Day on June 1st which commemorates the day that Kenya attained internal self-rule. This is followed by Eid al-Fitr (the End of Ramadan) at the end of July.