Officially known as the Republic of Zambia, the country shares borders with Angola, Tanzania, Botswana, Mozambique, Zimbabwe, Malawi, Namibia and the Congo and is considered to have one of the world’s fastest growing economies.

The country’s landmass covers over 752 thousand square kilometres of land and is home to over 14 million residents. Additionally, recent investments have seen greater developments in hospital and medical care as well as social protection.

It’s known that Archaic Humans may have been present in Zambia as early as 200,000 BC, this is apparent through the discovering of the Broken Hill Skull in Kabwe in 1921. However, the earliest Anatomically-Modern Humans, or more specifically the Khoisan peoples, are thought to have occupied Zambia from up to 50,000 BC onwards.

The Khoisan peoples continued to linger through the Bronze Age history of the country, dominating the region in its entirety and living in small self-sufficient villages of wattle-and-daub huts.

The Khoisan continued to be the only inhabitants of Zambia during the Iron Age and now much is known about their civilization other than the fact that it used Stone Age technology and that they retained a hunter-gatherer culture and a nomadic lifestyle. 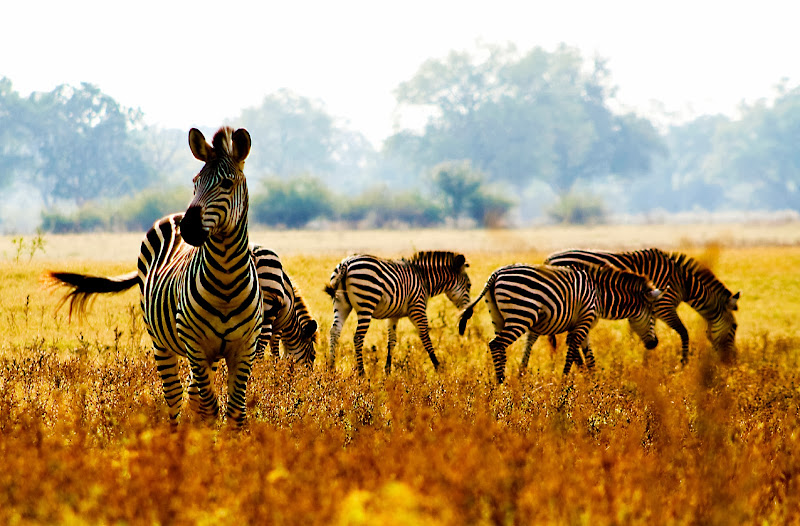 During the 4th Century AD, the Bantu peoples migrated into the country and intermarried with the Khoisan, eventually becoming the dominant group due to superior agricultural techniques and metalworking technologies. The Bantu subsequently spread out back across the rest of Africa, with some groups forming the Zulu and Xhosa tribes. The tribes all adopted a mainly hunter-gatherer culture, but did form permanent settlements in many places across Zambia and other places in Africa.

Agricultural techniques began to be developed further in the coming centuries, and saw a more advanced society rise in the 11th and 12th Centuries AD with an increased degree of copper, ivory and cotton exportation as well as trading between neighbouring regions. Copper crosses began being used as a currency between groups and larger political groups began to form as well as more complicated social ideals.

During the course of the 16th to 19th Centuries, the four kingdoms of Lozi, Bemba, Chewa and Kazembe-Lunda began to spread throughout Zambia and began to dominate the region. As the kingdoms grew, the Lozi’s leader, the Litunga, created two capitals and moved between them between the dry and rainy seasons in order to avoid the flood waters.

However, the kingdoms and their inhabitants remained isolated from the rest of the world until the 18th Century when Portuguese and Arab traders began to visit the region, with the first recorded Europeans visiting the region in 1796, but it’s believed that they may have been visiting the region as early as 1720.

At the start of the 19th Century, the Makololo, a South-African tribe derived from the Basotho or Tswana moved into the region, but they were defeated early-on by Shaka’s new Zulu Kingdom and forced to march northwards to escape their forces. The Makololo’s leader, Sebetwane, was able to conquer the Lozi peoples and become the new Litunga. In 1820, the Portuguese finally settled in the region on the Zambian side of Feira.

In 1851, the first Briton in Zambia, David Livingstone, explored the region and met Sebetwane himself, drawing him to convert to Christianity. Sebetwane began to actively follow Livingstone’s example and escorted him personally through Zambia but died shortly afterwards, being succeeded by his daughter Mamochisane. Four years later in 1855, Livingstone became the first European to see the Victoria Falls, he passed away in 1873 from a combination of malaria and dysentery.

Mamochisane stepped down to allow her half-brother Sekeletu to rule, but with him the Makololo empire fell apart, especially following his death in 1863 which saw the Lozi revolt and cause a mass genocide of the Makololo ruling caste, driving the survivors out of the country to Malawi. At this point in time the 19th Century began to draw to a close and saw British settlers, traders and hunters begin to arrive due to the mineral rights concession obtained by British Political Interest Spearhead Cecil Rhodes from local chiefs in Zambia and Zimbabwe. In 1895, American Scout Frederick Russell Burnham lead and saw massive copper deposits in the country, drawing the focus onto the country’s copper resources among others. 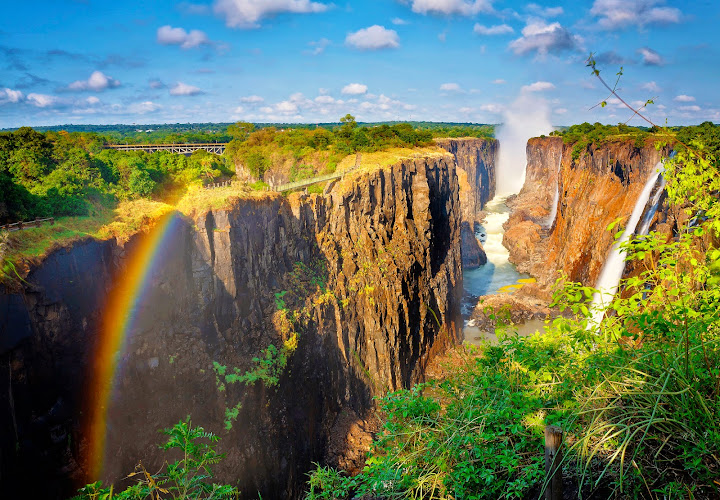 In 1923, the country was granted self-government by the British government and five years later in 1928, more copper deposits on a scale never-before seen were discovered in the region.

In 1935, the country’s capital became Lusaka and by 1938 the country was producing 13% of the world’s entire copper exports. However, the poor treatment of the African mineworkers combined with increased taxation triggered repeated strikes and clashes with authorities, seeing miners being beaten and even killed with the preceding riots.

During the Second World War, miners came out on strike again, realizing the importance of their products for the war they demanded even higher salaries than before. These strikes continued repeatedly through the 1940s.

Prior to the 1950s, the country has been known as Northern Rhodesia, with neighbouring Zimbabwe being known as Southern Rhodesia, but in 1953 the two were joined with modern day Malawi (at the time called Nyasaland) to form the Central African Federation (CAF).

By 1962, a two-stage election had been organized and an African majority had taken control of the political process, culminating in a shaky coalition between the two largest African nationalist parties. The coalition was able to pass legislation to split Northern Rhodesia from the CAF and in 1963 the federation was formally dissolved and Northern Rhodesia was renamed the Republic of Zambia in 1964. In 1968, Kaunda was re-elected as president and saw Zambia take on a single-party system.

This escalated and saw all other political parties besides the United National Independence Party (UNIP) banned in 1972, being added formally to the constitution in 1973. In addition, the only candidate allowed to run for president was the current president of UNIP, allowing Kaunda to retain control of the country up until 1988. This of course saw widespread resentment towards UNIP and mass opposition, even Kaunda was opposed by his own ministers on many fronts, but whenever a group large enough within the party attempted to make a difference, he would ban the group’s activities and drive them out of government. The government additionally adopted a left-wing economic strategy through the nationalization of all private companies and further incorporation into state-owned corporations, and although at first the plan was successful, over the course of the next two decades the economy dropped by over 30%. This was especially prominent due to the price of copper dropping due to the actions of the USSR flooding the market as copper’s second largest producer, but instead of trying to reform their strategy, Zambia took out large loans from the Worldbank and the International Monetary Fund.

On a social level, Zambia took part in many of the protests and activism in the African National Congress’s efforts against the Apartheid in South Africa, the National Union for the Total Independence of Angola in their independence war and the Zimbabwe African People’s Union in their civil war. Zambia also hosted the ANC’s exile headquarters in Lusaka and supported the ZAPU with a military base. However, this caused tensions between Zambia and neighbouring countries as raids became frequent on these targets, especially between Zimbabwe’s ZIPRA rebels and the Rhodesian Air Force in 1978. However, on an international level, Zambia was a member of the Non-Aligned Movement and even hosted a summit in Lusaka in 1970, making close ties with Yugoslavia and the People’s Republic of China.

By 1981, the government’s one-party policy had caused widespread resentment from the Zambian populace and triggered strikes across the country. The government arrested the union leaders, among them being Frederick Chiluba. More protests and even riots arose again over rising food prices and saw the deaths of at least thirty people. Eventually, the military attempted to remove Kaunda from power but the coup d’état failed and he retained power. However, he realized the need for reform and lifted the ban on political parties, seeing Frederick Chiluba of the Movement for Multiparty Democracy (MMD) being elected as president in 1991.

Chiluba liberalized the economy by restricting government interference and re-privatized many state-owned companies, taking a more rightward approach than his predecessor Kaunda. Two years later, The Times of Zambia, a government-owned newspaper, printed a story about UNIP’s ‘Zero Operation Plan’ which would see mass protesting, violence and industrial unrest. UNIP refused to deny the existence of the plan but stated that it was the view of extremists within their party. The government followed up by declaring a state of emergency and arresting 26 people, among them being Kaunda’s son Wezi. He along with six others were charged with offences against the security of the state. The other nineteen were released uncharged.

Before the 1996 elections, UNIP formed an alliance with six other opposing parties and Kaunda returned from retirement to take over the party. Chiluba’s government then amended the constitution to ban those whom did not have parents both from Zambia from running for president. This amendment was aimed directly at Kaunda whose parents were both Malawian. Despite UNIP and its allies’ protests and boycotts to the elections, the MMD and Chiluba easily won them.

A year later in 1997, a coup d’état was organized and the national radio station was occupied by a group of military commanders, claiming that Chiluba was no longer president. Chiluba responded by declaring a state of emergency and subduing the coup, killing one and arresting eighty-four in the process. Among the arrests made, Kaunda and Dean Mungomba, leader of the Zambian Democratic Congress, were most prominent, with the government seeing widespread condemnation internationally for the arrests due to accusations of torture. Kaunda was released in 1998.

In 2001, Chiluba attempted to change the constitution to allow him to run for a third term but was forced to step back after protests from within his own party forced him to, as well as protests from the Zambian public.

Although Kaunda was released after his role in the attempted coup, forty-four soldiers whom took part were sentenced to death in 2003.