Although historically Argentina has been a majorly Roman Catholic Christian country, the Constitution doesn’t actually enforce an official religion and, furthermore, it actually guarantees freedom of religion. Around 77% of all Argentinians are Catholic with a further 11% Atheist or Agnostic, 9% Evangelical, 1% Jehovah’s Witnesses, 1% Mormons and the remaining 1% are of other religions, mainly Judaism, Islam and Buddhism.

The country’s indigenous architectural style includes sites such as Taktillakta at the foot of the Aconquija Mount and the pre-Inca fort in Pucara de Tilcara, Jujuy Province. Here, ruins of a long-forgotten native town, built in the form of huts in close-proximity to one another to form seemingly-random rows of houses, often interlocked and interspersed, and built to last.

Colonial Era buildings see a pre-renaissance style with basic shapes cut out into square buildings. The style is simplistic and straightforward, emphasizing functionality and practicality over aesthetic appeal and often being attached directly to the next building across to allow for possible alterations to be made in the design in case of a merge. This is most visible in the Jesuit Block in Cordoba and of architecture in much of Salta City.

The Renaissance Era saw the rise of structures with a vastly improved and detailed aesthetic appeal, specialized to be eye catching to invoke some forlorn aura of mystery. The style emphasizes a call back to pre-medieval era designs with Roman-style columns and imagery carved into the building materials. You can view styles such as Neo-Renaissance, Baroque and Neoclassical forms on the Church of San Ignacio Mini in the Misiones Province, the Colon Theatre in Buenos Aires and the NH Gran Hotel in Mar del Plata.

Modern styles are most visibly incorporated in the Alas Building, the Catalinas Norte and the Kavanagh Building in Buenos Aires and these include the Rationalist, Postmodern and the Art Deco styles respectively. The styles feature a range of stylistic effects including a heavier use of glass and windows as well as generally higher-rising structures. 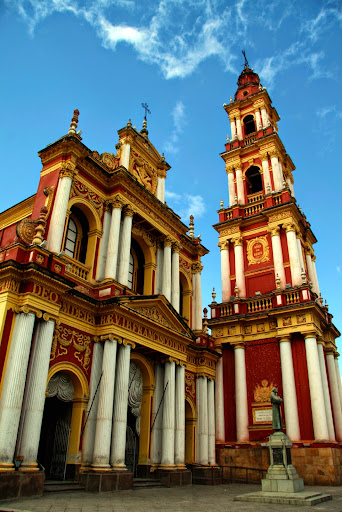 Men traditionally wore Gaucho (cowboy) outfits of various sorts, these would include a wide-brimmed hat, a poncho (a large cloth draped over the body) and a loose pair of trousers designed for flexibility tucked into shoes, as well as Bombachas (trousers made from strong black cloth). Shoes tend to be made out of strong canvas and rope. Accessories may include the Faja (a brightly coloured waist band worn over the shirt) and Rastras (leather belts).

Women tend to wear long, colourful dresses of various styles but sometimes may wear a long skirt with a loose shirt instead.

Argentina’s literature historically began in 1550 with the works of Matias Rojas de Oquendo and Pedro Gonzalez de Prado. Prior to this, all stories, tales and records were passed down through generations between the natives through oral retellings. However, Argentine literature didn’t truly kick off until El Matadero was written by Esteban Echeverria in the mid-19th Century. Other notable 19th Century authors include Jose Hernandez and Domingo Faustino Sarmiento and the content widely focuses around Argentina’s independence of Spain as well as the bloody confrontations between the people and their government.

In the 20th Century the tales slowly began developing further towards a crypto-anarchistic view as conflicts between the government and the people became more frequent and escalated into hundreds of deaths. Notable authors from the era include Leopold Lugones, Ricardo Guiraldes, Alfonsa Storni Julio Cortazar and Jorge Luis Borges.

The 1st of January marks the country’s first holiday: New Years’ Day. Then for a couple of days in late February to Early March, Carnival and Shrove Tuesday are celebrated respectively. This is closely followed by the March Equinox and then Memorial Day in the middle of March and on the 24th of March respectively.

This is followed by Independence Day and the End of Ramadan being celebrated on the 9th and the 28th of July respectively, and then San Martin Day on the 18th of August. Then in the middle of September, the September Equinox is celebrated. Shortly afterwards, the Hebrew Holiday of Rosh Hashana is celebrated.

The Hebrew holidays culminate in the celebration of Yom Kippur on the 4th of October. Then on the 13th of October the country shows its multi-nationalism through the Day of Respect for Cultural Diversity, followed by the Muslim holiday of Muharramn in late October to early November. On the 24th of November, National Sovereignty Day is celebrates and as December rolls around a string of Christian holidays takes place with the Feast of the Immaculate Conception on the 8th, the December Solstice somewhere in the middle, Christmas Day on the 25th, Boxing Day on the 26th and New Years’ Eve on the 31st.