The climate in Mexico can be broken down into sections based on the land’s elevation in relation to the sea.

Weather-wise, the conditions that determine the outcome are dependent on the area’s position in the country.

It should be mentioned that Mexico is located right in the dead centre of a hurricane belt meaning the region is prone to hurricane weather from time to time; these can cause extensive damage and occasional loss of life. Hurricane Gilbert, for example, passed right over Cancun in 1988 and with winds at speeds of over 200 kilometres an hour, tore apart many of the hotels in the resort area, before passing into Monterrey and ripping apart the crops and killing dozens.

Located perfectly in the city of Cancun, Mexico’s major party city, the Le Blanc Spa Resort is known to produce a range of specially-ordered meals in one of its many restaurants. The resort also features a range of spa treatments and pools as well as beautiful ocean view rooms for those looking for that touch of divinity.

The Secrets Maroma Beach Riviera, also in Cancun, houses a variety of beautifully furnished rooms with a clean and comfortable style. The resort features close proximity to the beach and entails several pools as well as many bars and Jacuzzi tubs.

Ever wanted that perfect tropical island getaway? Now you can have it with the Cabanas La Luna, which features a gorgeous beach by a sapphire coastline as well as some of the tastiest drinks and food around to ensure that your summer is well spent.

Another beautiful beach resort, the Playa Fiesta Beach Club has two pools right beside the beach as well as a Jacuzzi and friendly staff who’re always looking to improve your stay with a homely Bed and Breakfast feel.

With a dazzling sunset and a drink in hand by a sparkling ocean, your summer will be set with the Capella Pedregal. Coming complete with a large pool integrated with the coastline and a range of beautifully stylized rooms and suites, you’ll wonder why you didn’t visit it sooner.

The Las Alcobas Mexico DF utilizes a unique sense of boutique style in a comfortable setting to really make its visitors feel at home. The hotel features two restaurants in a duo of exclusive types of food and the rooms come with an on-suite bathroom with bedside-fitted controls for all of the room’s electronic applications.

Pool bar? Check. Panoramic view? Check. Spa treatments? Check. Whatever you need, the Hotel Encanto in Acapulco has it. The hotel also features a variety of stylized rooms and an incredibly attentative service to ensure that your stay is pure magic.

Casa Oaxaca in Oaxaca is a unique chic boutique hotel with a stunning visual charm and exclusive sense of luxury. The hotel features many beautiful dining arrangements and is staffed by helpful individuals determined to make your stay amazing.

With a wide variety of rooms, the Luz En Yucatan in Merida has been designed for that urban retreat that you so sorely need. The getaway features a range of pools and gardens as well as hammocks for the more relaxed visitor and a soothing atmosphere all year around.

The Villa Ganz in Guadalajara has been influenced strongly by European nineteenth-century architecture and as such it features a furnishing selection mimicking that of an old Victorian setup as well as heated fireplaces and a large garden. 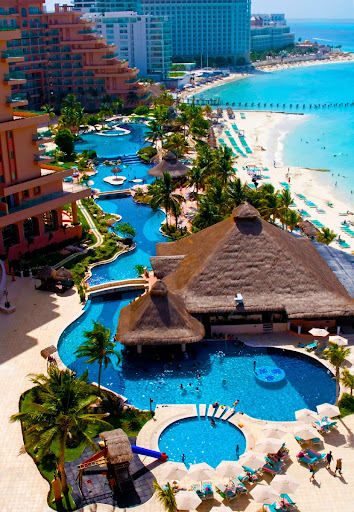