Religion in Nigeria is concentrated mainly between two main bodies; Christianity (approximately 49%) and Islam (also approximately 49%), but it’s important to note that this varies greatly from region to region as in the north it’s vastly more Muslim and the south is much more Christian. Among the Christian populace, around 74% are Protestant, 25% are Catholic and the remaining 1% belong to other denominations, mainly Orthodox. Islam is not recorded in terms of denominations but Sunni Islam is most prevalent, closely followed by Shia and Sufi branches as well as Ahmadiyya and Mahdiyya minorities.

Minor religions in the country include Hinduism, Judaism, the Bahai Faith, Hare Krishna and a syncretic faith named Chrislam. Additionally, indigenous faiths such as the Yorubo and Irunmole spirituality are notable in the country and Atheism and Agnosticism also exists to some degree.

Architecture in Nigeria is majorly based on European colonial styles with equally prominent western modernist and contemporary buildings. With the rise of Islam there has been a similar rise in Arabic-inspired architecture and as the country was first colonized by England, the country also sees many religious structures of Gothic design including the various churches scattered across the region.

Indigenous architecture is limited where it exists and is only visible in the limited tribal settlements also exist. 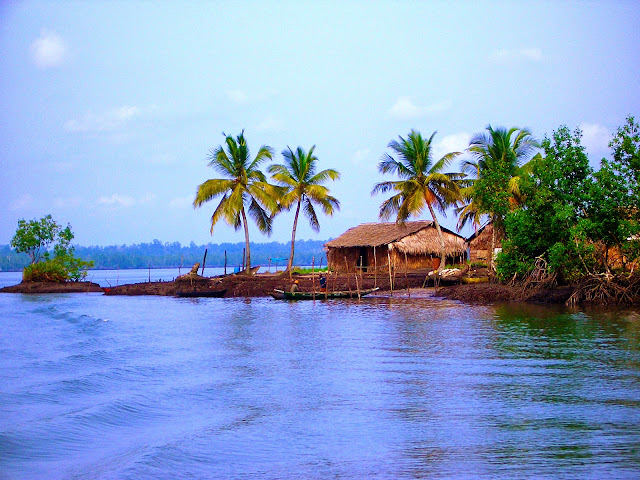 Nigerian clothing is incredibly diverse and represents a unique style only seen in the African continent. Mainly made out of Ankara, Adire, Lace and Jacquard as well as tie-died materials, Nigerians tend to opt for a loose-fitting style to better shield them from the heat of the sun while still allowing cool breezes to pass through. However, it should be noted that western-style clothing has become more and more prominent in recent decades.

Men traditionally wear a Fila (a type of cap) or Abeti-aja (a type of long cap), Sokoto (long loose trousers) and Agbada (a single-piece outfit composing together a long shirt with long trousers). Women tend to traditionally wear Iro (a rectangular piece of cloth wrapped around the waist like a shirt), Gele (another rectangular piece of cloth worn on the head in various ways), Iborun (a long scarf tied around the neck or worn diagonally on the body) and Kaba (a single-piece dress of varying styles). Both sexes are known to wear Buba (a type of long shirt or blouse) frequently.

The most common and popular music genres in Nigeria are Jazz, Soul, Hiphop, Juju and Fuji, the latter two being traditional musical styles fused with Yoruba percussion. However, Nigeria’s sphere of influence on music has extended throughout the continent with inspirations driving forward African Music, Afrobeat, West African Highlife and Palm Wine Music.

The first holiday begins on January 1st to celebrate New Years’ Day, then again a couple weeks later in mid-January for Id El Maulud. In Early March, Women’s Day is supported and upheld, then the March Equinox is additionally observed a couple weeks later.

Good Friday, Holy Saturday, Easter Day and Easter Monday are celebrated and observed in mid-April, and then on the 1st of May, another public holiday is given to celebrate Workers’ Day. Children’s Day and Democracy Day come around as additional public holidays at the end of May. June sees two more holidays on June 12th and later on in the month to observe the June 12th Commemoration and the June Solstice respectively.

Late July marks the start of Id el Kabir, another public holiday, which is then followed by the September Equinox in late September.

National Day is celebrated with another public holiday on October 1st, then a few days later, Id El Kabir is celebrated as well. The December Solstice rolls around in mid-December which is followed by Christmas Eve, Christmas Day and Boxing day in quick succession a week later. Finally, the year ends with one more observance on December 31st for New Years’ Eve.