In the Northern reaches of Colombia, the Tropical Mountain Range climate is most prominent, but this can be further split down into five more climate types that vary based on the altitude of the region.

Between 1 and 2km above sea level, the Temperature Climate Thermal Floor may be observed and sees temperatures typically between 17 and 24 degrees Centigrade ( Fahrenheit), accompanied by between 2000 and 2500mm of rain annually.

Between 2 and 3km above sea level, the Cold Climate Thermal Floor is present and temperatures between 10 and 17 degrees Centigrade ( Fahrenheit) are commonplace, annual rainfall is at around 2000mm typically.

Between 3 and 4km above sea level, the Paramo Climate Thermal Floor is visible and sees temperatures at constantly below 10 degrees Centigrade ( Fahrenheit), with rare rainfall but frequent snowfall.

In the Eastern areas of Colombia, the Tropical Savannah climate is seen and has temperatures between 24 and 27 degrees Centigrade ( and  Fahrenheit), the climate varies a little due to the rainy and dry seasons produced by trade winds from the north east which periodically switch every six months.

In the West, the Steppe climate is the most frequent and sees temperatures being more moderate in nature, with a dry season for 5 months followed by a rainy season.

In the Southern depths of Colombia, the Tropical Rainforest climate is most visible in the Amazon Rainforest Basin and other nearby regions and sees hot and humid conditions with heavy frequent rainfall.

The Tropical Desert climate is located primarily in the centre of Colombia and sees consistently high temperatures with extremely small amounts of rainfall, usually during a singular month of the year, without a mountain barrier nearby, trade winds from the northeast are carried through the desert, producing humid conditions and droughts alike. 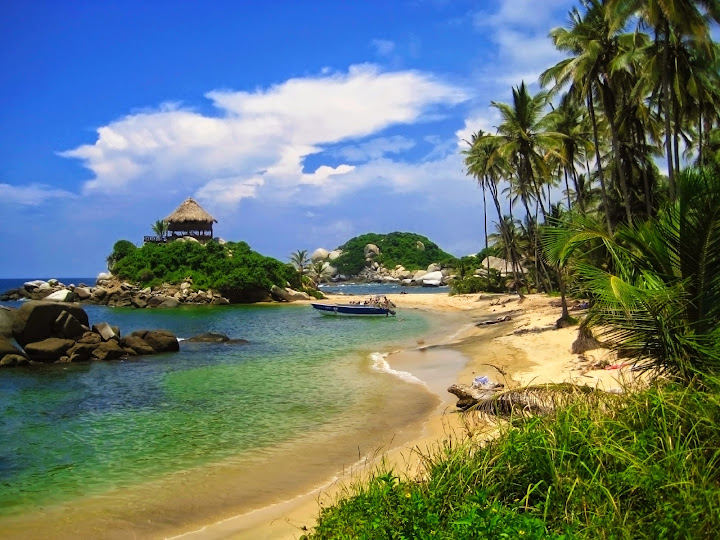 Designed to perfection and located along the brilliantly blue coastline on crystal white beaches, the Royal Decameron Baru has been developed with a modern tropical style in mind and has been specially adapted to blend the hotel in with the surrounding natural environment. The hotel houses five bars, four restaurants, three swimming pools and a seven-thousand-person-capacity convention centre and has facilities to allow its guests to experience water sports as well as to just kick back, relax and catch a little sun.

With a colonial era stylization and built in the country’s age-old city of Santa Marta, the Casa de Isabella is located strategically in the Centro Historico, the city’s oldest district, alongside many other buildings that reflect a colonialist Mudejar architectural style. The hotel gives its guests access to beautiful green courtyards, a personal rooftop pool, complimentary iPads, Apple TV and, of course, the swiftest Broadband available.

Meanwhile in San Andres, the Lodges Mar y Sol keeps a traditional architectural style combined with a great use of open spacing and Colombian Caribbean décor, complimented with large balconies and beautiful views allowing for exquisite experiences of the Colombian sunsets. The hotel comes fully equipped with facilities to provide guests with delectable meals, cool refreshing drinks and a quick getaway for quiet relaxation.

Lovingly restored and reinvigorated, the Casa San Agustin in Cartagena welcomes its visitors with warm western vibes through colonial-era architectural motifs combined with brightly coloured furnishings. The hotel is particularly notable for its well-known restaurant and bar, serving up a storm of custom-crafted cocktails.

Or perhaps you’re more interested in the country’s pre-colonial history? The Merecumbe Hotel is widely renowned for its signature natural hut rooms, furnished with comfy modern fittings and décor but incorporating a breezy palm roof to ensure cool evenings in the hot weather. The hotel is located just a short walk from Dream Beach on the Caribbean coast and provides many facilities for its guests including a restaurant, wine list and a massage room.