Officially the Kingdom of Spain, the country is a sovereign state, member of the European Union and shares borders with Gibraltar, France, Portugal and Andorra. However, Spain’s territories also include the Canary Islands off of the African Coast, the Balearic Islands in the Mediterranean, the Isla de Alboran, the Penon de Alhucemas, the Penon de Velez de la Gomera, Perejil Island and the Chafarinas Islands, as well as the cities of Melilla and Ceuta in Africa.

Spain’s territories span over half a million square kilometres and it is considered the fifth largest country in Europe, as well as being the second largest country in Western Europe. The Kingdom is a democracy organized in the form of a parliamentary government under a constitutional monarchy and is home to over 47 million people.

It’s believed that modern humans entered the Iberian Peninsula around 30,000 BC, but speaking of Spain specifically, it’s believed that several indigenous civilizations occupied the region at the time.

It’s believes that during this time the various colonies of peoples began to develop rapidly and built knowledge and techniques for shaping and producing metals, as well as jewellery, alcohol, weaponry and clothing.

At this time the Tartessian people began to rise up and formed a city in the south eastern coastline of Spain, this became Tartessos (or Tartessus) and is believed to have reached completion a short time before 700 BC. The city was incredibly rich in metal resources and often traded with the nearby Phoenician empire, often dealing in Gold, Silver, Copper and especially Tin, used for making Bronze. The only ruler we know of at the time was King Arganthonios, but strangely he was said to have lived for over 120 years and ruled between the dates of 625 BC and 545 BC, and such a long lifespan, especially during that era, suggests that this may have been a royal family or a series of kings using the same name to preserve a legend or title.

Known to pre-date the Indo-Celtic tribes of the region, the Lusitanian and the Vettone peoples were known to have inhabited the region surrounding the modern day border between Portugal and Spain and were believed to have fallen to the Celtictribes that migrated into the region shortly thereafter. The two cultures were incredibly skilled in their metalworking, like other civilizations in the region at the time, but also in jewel-cutting and jewellery making as well as wine production.
Around 600 BC, the Iberians settled in the north eastern coastline and formed small tribal communities based on metalworking and agricultural systems; they were incredibly adept in their knowledge of making bronze and frequently traded with the nearby Phoenician, Greek and Carthaginian empires, especially in tin, copper and other precious metals.

Also around 600 BC, the Celtiberians are believed to have settled in the region as well, building towns and cities in the region of Meseta in the provinces of Teruel, Guadalajara, Saragossa and Soria. The dominant tribe were said to have been the Arevaci, who learned to tactically take the land from their strongholds in Belli (Zaragoza), Titti (Molina de Aragon), Lusones and Okilis (Medinaceli). The Celtiberians are renowned for their indestructible metalwork and warlike nature, this eventually lead to their leadership role in the joint Celtiberian resistance to Roman rule, however, they fell to the Roman Empire with the falling of their last city in 72 BC. 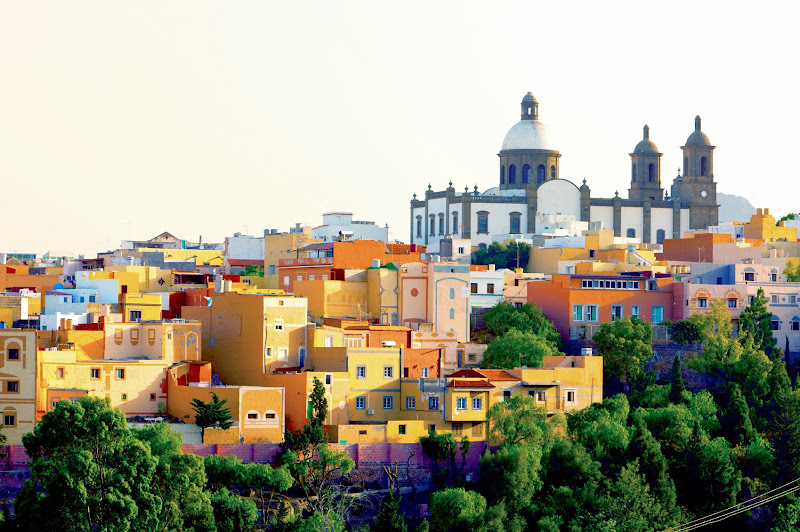 Shortly before the end of the 1st Century BC, the Roman Empire conquered the region and established a common culture and legal system, as well as bringing in the Latin language and writing system. The Romans called the country Hispania and the name Spain, today, is still derived from this same name. The Roman Empire ruled the region for almost five hundred years, but as the Goths, Visigoths, Vandals and other tribes repeatedly sacked, looted and rebelled against the empire, it was driven back slowly to Rome and Hispania itself fell in 460 AD when the installed Emperor Majorian of Gaul and Spain was deposed and murdered by Germanic Commander Ricimer.

A year later the Visigothic Kingdom had taken over the whole of Spain and sacked most of the major cities, brutally murdering a large portion of the population and desecrating their holy places as a show of dominance. Despite various rebellions and uprisings by smaller groups, the Visigothic Kingdom crushed their opposition again and again. This continued repeatedly until the Visigoths themselves were subjected to an invasion by the Umayyads of Northwest African under command of Tariq ibn Ziyad. By 711 AD, the Umayyads had fought up into France and Spain, but it was less than fifty years later in 759 AD when they were expelled out by the Franks and their leader, Charles Martel, Charlemagne’s Ancestor. However, some Umayyad strongholds continued to persevere up until 975 AD.

At this time, smaller Christian kingdoms began to expand outwards, growing in power and influence until the Muslim kingdoms in the region had been reduced to only Grenada in the south east of Spain. These kingdoms included the Kingdom of Portugal, the Kingdom of Aragon, the Kingdom of Castile and the Kingdom of Navarre. By 1250 AD, the Kingdoms of Aragon and Castile had come to dominate Spain and had planned to restore the country into a singular kingdom and restore the unity and identity of the Visigoths, but sadly this never came to fruition.

In 1492, traditional Spanish history is considered to have begun as Grenada fell to Christian forces and Christopher Columbus sailed to explore the New World. During the establishment of the Spanish Empire, all those who refused to convert were expelled from the country; this caused a mass emigration of the Islamic and Jewish communities from the region. It was at this time that Spain began to colonize Yucatan, or modern-day South America, mainly Mexico, while their neighbours in Portugal took Brazil.

By the 1500s, Spain had become the single most powerful state in Europe and controlled the very largest overseas empire in the world, these colonies and territory stayed under Spanish rule for well over three centuries and included the Americas between California and Patagonia, or modern day Chile, as well as the Philippines and other parts of the western Pacific. It rapidly developed all aspects of its own culture and identity through art, literature, philosophy and scholarship.

For the next three hundred years, Spain would frequently squabble and war with France, Italy, the Netherlands, Belgium, Luxembourg and most of the other countries of Central and Western Europe on a large number of occasions. These included the Italian Wars, the Franco-Spanish Wars, the Franco-Dutch Wars, the Nine Years War, the Ten Years War, the Thirty Years War, the Eighty Years War and the Napoleonic Wars. During these times, Spain rapidly developed its military arsenal and tactics, building larger ships, more potent weaponry and hardened soldiers as the wars progressed.

However, these wars also economically drained the country and as the 17th Century came to a close, the last Spanish ruler from the house of Habsburg declined rapidly in power, eventually causing the War of Spanish Succession ending with Spain being devalued to the status of a second-rate power, further reducing influence in European affairs. As the new century rolled onwards and the 1700s moved on, the Bourbon dynasty based in France took over the country and began to invest all of its efforts into state institutions with considerable success. However, as the French themselves underwent a revolution, the dynasty collapsed and Napoleon Bonaparte occupied Spain militarily.

Suddenly Spain underwent the War for Spanish Independence and, although affected devastatingly, emerged victorious. This event signalled the opening for the independence of Spain’s American colonies as well as the fracturing of the government into differing political parties with moderate, reactionary and liberal stances. The last few colonies of the old-world empire were taken over by nationalist movements (the Philippines and Cuba) and eventually, in 1812, then again in 1876, the country was united and reformed into Espana, or Spain.

During the 1st World War, Spain stayed neutral and benefited greatly by becoming a large-scale supplier of materials for both sides. However, despite the huge economic boom in the country, a large-scale outbreak of Spanish Influenza followed with a large economic slowdown following the end of the war caused it to once again fall back into debt.

Promising to restore the country to its former greatness, General Prime Minister Miguel Primo de Rivera was supported in his dictatorship by King Alfonso XIII of Spain. For a while in the 1910’s, the country enjoyed a brief wealthy period as well as a military victory in Morocco in 1926.

However, it’s understood that Primo de Rivera’s policies were poorly-executed and not carefully-planned enough to work and, in combination with the Great Depression of the 1930’s, the country once again slumped back into debt. Due to wide-scale unpopularity and mass bankruptcy, the King removed Primo de Rivera and left without abdicating the throne. Suddenly the country was in the grasp of the right and left wing political parties as each side saw the other as evil, the main issue being the Catholic Church, which the left saw as the enemy of modernity and the right saw as the protector of values. As tensions rose and the government rapidly swayed back and forth, an uprising was inevitable and in 1936, the Spanish Civil War set in. However, it ended just as quickly in 1939 but not before costing the country somewhere between three-hundred-thousand and one-million lives.

Spain once again stayed neutral during World War II, but this time it kept itself economically and culturally isolated from the warring countries, as not to interfere, additionally, Francisco Franco took over the country as its dictator. Franco continued to rule the country, despite losing Morocco in 1967 during the Morrocan Invasion of Spanish West Africa, but reclaiming Gibraltar from the UK in 1960, following this it closed the small municipality’s borders in 1969.

At the start of the 1970’s, Spain saw the Spanish Miracle, a large-scale economic boom, as well as the birth of the tourism industry within the country. As Spain rapidly caught up to its other European neighbours, Francisco Franco passed away in 1975 and control of the country was re-taken by King Juan Carlos I. At the same time, King Hassan II of Morocco took the Western Sahara from Spain, ending its colonial rule.

As King Juan Carlos I slowly disassembled the old dictatorship regime for the next few years, he appointed officials into positions allowing him control of the various regions before disassembling the regime’s network in the area. Following a series of political shifts in the country, the first elections for the new parliamentary government took place in 1977 and a year later, the new government wrote up the first Spanish Parliamentary Constitution.

With this new democratic state, freedom swept across the nation and new cultural movements actually based on freedom began to appear. In 1982 Spain joined the North Atlantic Treaty Alliance and four years later in 1986, Spain joined the European Union. In 1996, the dominating party, the PSOE, was replaced by the Partido Popular, after the former had served almost 14 years in office.

With the turn of the millennium, Spain stopped using the Peseta and began using the Euro instead as the country’s currency and although for the next few years the country saw considerable economic growth, the recession of the late noughties caused by the bursting of the Spanish property bubble hit it particularly hard with struggles continuing to this day.

In 2004 a series of bombs on commuter trains exploded in Madrid, killing 191 and wounding over 1800, and considering the elections were due to be held only a few days later, it was thought possible that the attack may have been planned by one of the competing political parties. However, after a trial in 2007, it was concluded that a localized terrorist group inspired by al-Qaeda was responsible for the bombings.